In December 2020, the World Series of Poker (WSOP) and GGPoker once again joined forces for the WSOP Winter Online Circuit Series, which featured a massive $100,000,000 in guarantees. The online poker festival, which ran December 13, 2020 through January, 10, 2021, offered 18 circuit ring events and a full schedule of side events.

Over the course of the 18 ring events, a combined 85,965 entrants participated and $38,712,269 in prize money. Among those to capture rings during the course of the series were Joaquin Melogno, Christian Jeppsson, Anson “[email protected]" Tsang, Niklas Astedt, Yuri Dzivielevski, Michael Addamo, and Samuli “BeastsSag_A" Sipila.

To celebrate the winter holidays, players turned out in force for the $400 buy-in Event #10: Christmas PLOSSUS, which had 3,628 runners and a $2,733,559 prize pool. Two-time bracelet winner Anson “[email protected]” Tsang added more WSOP jewelry to his hand, this time the first gold ring of his burgeoning career.

In the $10,000 buy-in Event #13: Heads-Up NLHE, 94 runners competed for a $1 million prize pool. Sweden’s Niklas Astedt, largely regarded as one of the best online poker players of all time, won the tournament for $348,250, which brought his lifetime GGPoker winnings up to nearly $6 million. Finally, the $400 buy-in Event #15: New Year Colossus saw 8,725 entrants create a $3,280,600 prize pool. On Day 2, 1,356 players returned to action to battle down to a winner. The last player standing was Australia’s Michael Addamo claiming the title for $374,604 and his first ring. The hardware complimented the two WSOP gold bracelets he won back in 2018. 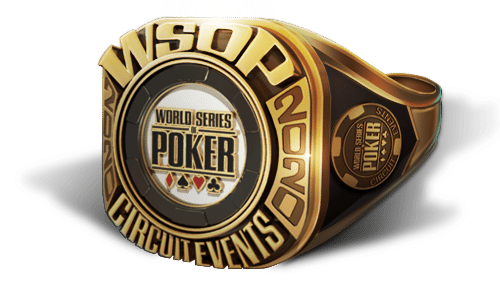 The final table was filled with accomplished players like Alexandru Papazian, Joni Joukimainen, and former WSOP November Niner Joseph Cheong, but in the end the title went to Lithuania’s Paulius Plausinaitis. Plausinaitis, a Macau-based high-stakes cash game player, began the final table as chip leader and went wire-to-wire to claim a $1,236,361 first-place prize and his first circuit ring. It marked the biggest MTT top prize for any Lithuanian poker player in the history of online poker.

Check out the full 2020 schedule here. 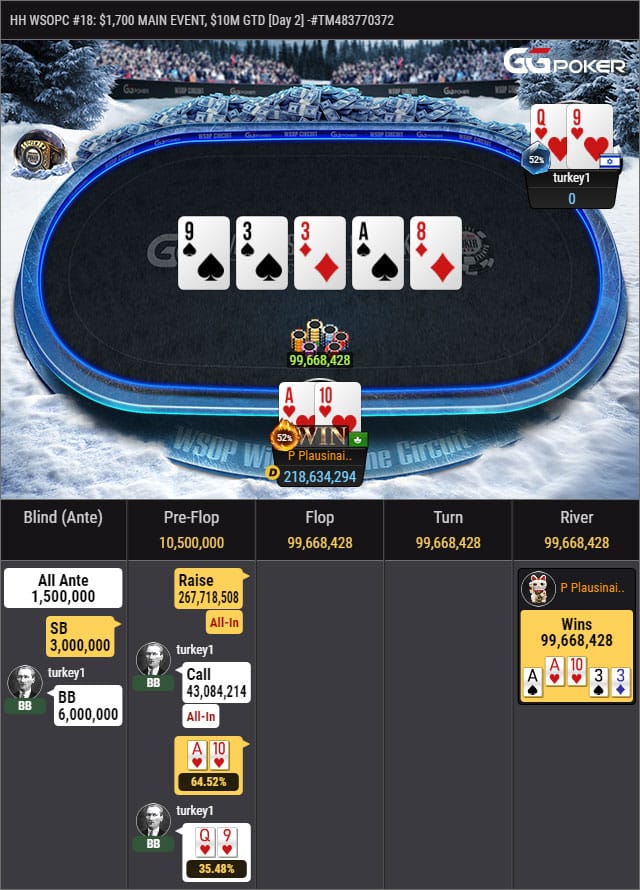 We use cookies on our website to give you the most relevant experience by remembering your preferences and repeat visits. By clicking “OK”, you consent to the use of ALL the cookies. Read More
OK
Manage consent

This website uses cookies to improve your experience while you navigate through the website. Out of these, the cookies that are categorized as necessary are stored on your browser as they are essential for the working of basic functionalities of the website. We also use third-party cookies that help us analyze and understand how you use this website. These cookies will be stored in your browser only with your consent. You also have the option to opt-out of these cookies. But opting out of some of these cookies may affect your browsing experience.
Necessary Always Enabled
Necessary cookies are absolutely essential for the website to function properly. These cookies ensure basic functionalities and security features of the website, anonymously.
Functional
Functional cookies help to perform certain functionalities like sharing the content of the website on social media platforms, collect feedbacks, and other third-party features.
Performance
Performance cookies are used to understand and analyze the key performance indexes of the website which helps in delivering a better user experience for the visitors.
Analytics
Analytical cookies are used to understand how visitors interact with the website. These cookies help provide information on metrics the number of visitors, bounce rate, traffic source, etc.
Advertisement
Advertisement cookies are used to provide visitors with relevant ads and marketing campaigns. These cookies track visitors across websites and collect information to provide customized ads.
Others
Other uncategorized cookies are those that are being analyzed and have not been classified into a category as yet.
SAVE & ACCEPT

Verify your account to receive this exclusive bonus offer!